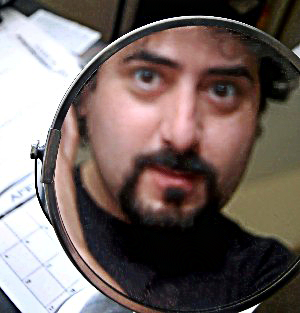 Ernie Vecchione (/vek-ee-ohn/) is an award-winning screenwriter, producer and author.

His first work as a producer was SEX ED: THE SERIES, for which was writer and creator. The show was nominated for a Webby Award for Best Drama and a Streamy Award for Best Actress (Joanna Cassidy). In 2009, it was an Official Selection of the Los Angeles Independent Television Festival. The following year, the show was selected by TV Guide Magazine as What’s Worth Watching. Its YouTube channel garnered over 100 million views internationally.

As a novelist, Ernie is the author of the horror novels DEVIL’S CATCH and the upcoming THE AMISH GIRL.

He is proud of his Italian and Argentinean heritage.

He currently resides in Burbank, CA.